As a contributor on horse safaris for our active safaris story, Martin Dodwell from Ride Kenya – and Equestrian Operations Manager for Great Plains Conservation – took the time to give us insight into the Masai Mara as a destination, some of his unique experiences in Kenya, and local knowledge for travellers.


East African sunsets were made for G&Ts, but a beer can also keep the dust down 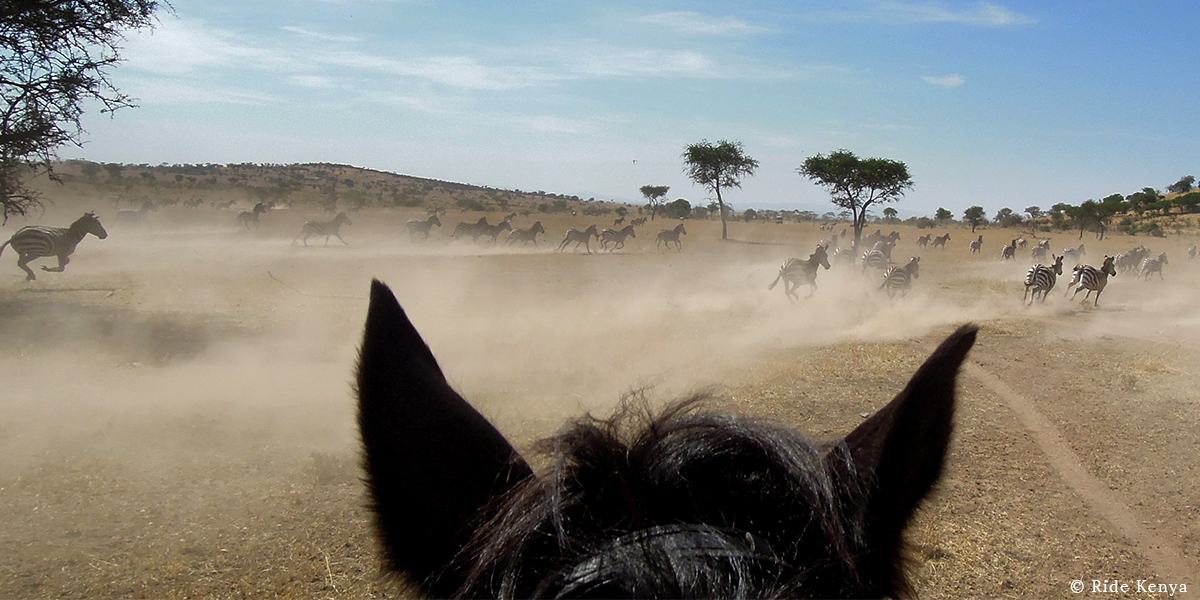 What do you love most about the Masai Mara?

The diversity and numbers of the wildlife. There is always something to see which makes every day and every ride different.

What makes it a special place for horse safaris - and what makes horse riding in this place so special to you?

Miles and miles of rolling hills with rivers and drainage lines in between; good open areas for long canters often with wildebeest, zebra, topi, tommies, and giraffe; other areas of bush and trees with always the chance of coming across buffalo, elephant, lion, hippo, and occasionally a leopard.

Tell us the story of how you ended up in Kenya. What drew you there? What has made your passion for these places so enduring?

Ali and I met on a horse safari in Botswana and soon decided to spend our lives together. We could have ended up in the UK as I had a good job and a comfortable living but somehow Africa just drew us away. The thought of 12-hour days filled with sunshine and wild nature all around made it an easy decision. The first year was tough, living in a tent and learning the frustrations of the bush, but the bonuses far outweighed any misgivings. For the next 13 years, we built up horse safaris in the Serengeti, riding with the wildebeest migration every year and across the grass plains and savannahs of Tanzania. In 2016, we moved north by only 110km and set up in the Masai Mara of Kenya. We are within riding distance of the Mara River and have incredible riding terrain amongst an intense animal population. This is the best adventure horse riding country. 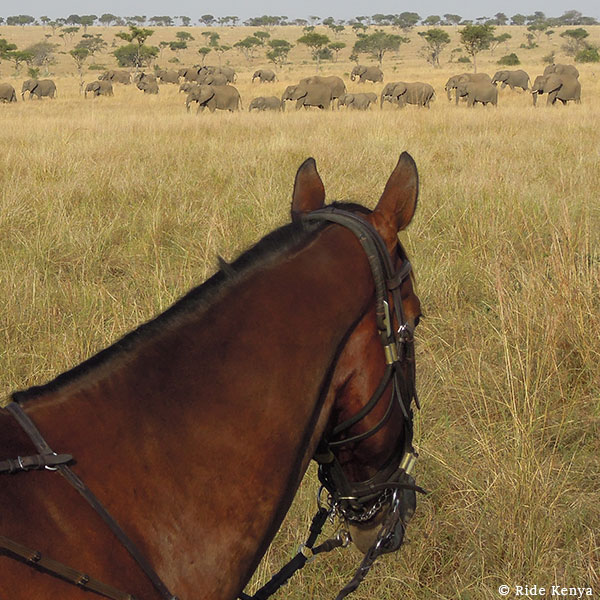 East African sunsets were made for G&Ts, but a beer can also keep the dust down.

What is the first place that comes to mind where you would love to drink it along your route on one of your safaris? Why there?

There are many lone trees that have a great outlook across the Mara, but there is one Umbrella Thorn Acacia that is perfectly shaped looking over the rolling hills towards the escarpment in the distance. It is very close to the stables, so we can dismount and let the grooms take the horses away as we concentrate on getting the perfect G&T.

Your riding boots must have stories to tell of your adventures over the years. What is the most memorable experience you - and your boots - have shared?

Taking them off because of feeling slightly uncomfortable and finding a small mouse drop out and run off.

And the funniest/quirkiest experience you have had?

Riding past a burrow when a warthog ran out and turned away while looking at me. He then ran straight under the leg of a guest’s horse into the far leg, turned around, and ran straight into the other leg because now the horse was hopping around trying to shake the warthog out. The warthog hit a leg three times before pinging out from under the horse. The guest just managed to hang on as the warthog raced off looking a bit dazed and the horse quickly settled wondering what just happened. 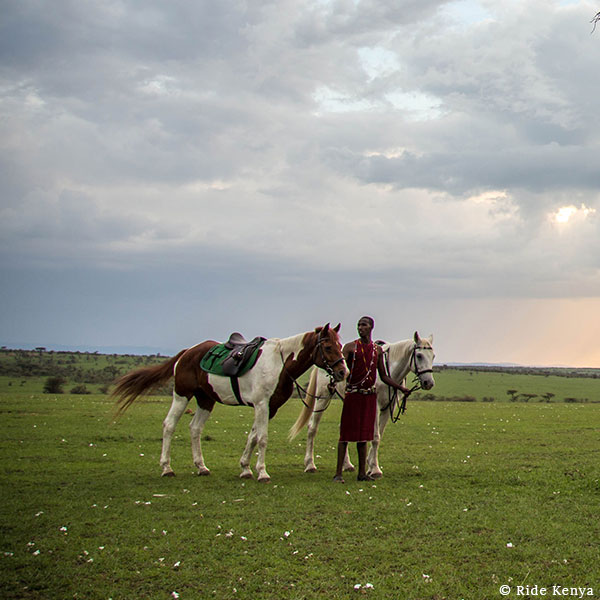 On clear nights, the skies are amazing with the planets, constellations, and Milky Way clearly visible as there is no light pollution 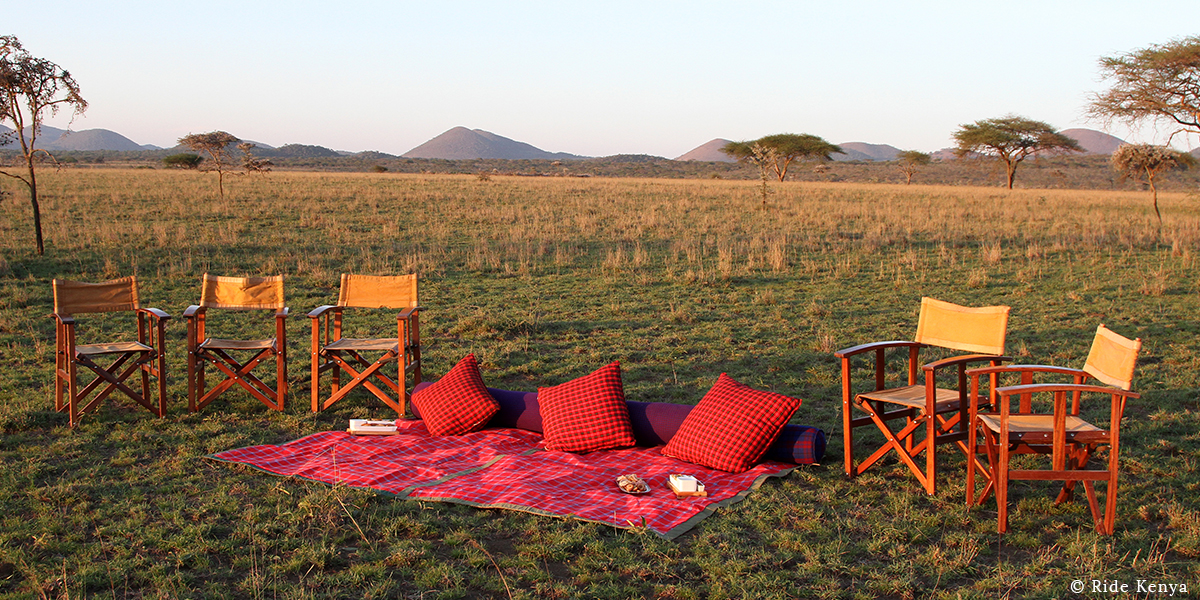 What wildlife is the Masai Mara known for? Is there anything in particular people travel to see? What do you recommend guests to the area should be on the lookout for?

People travel to see the migration that comes each year, but there are also many resident animals including a large number of lions. Guests always want to see the big five but there is also good bird life and even insects. On clear nights, the skies are amazing with the planets, constellations, and Milky Way clearly visible as there is no light pollution. It is always worth watching a group or family of animals just going about their daily life. A herd of elephants, a troop of baboons, a family of lion, or a wildebeest with his harem.

What time of year is best for game-viewing? When is the rainy season? When is it unbearably hot? What is the average summer high and winter low temperatures?

Is there one thing in this area visitors shouldn’t miss?

For anyone that has ridden a horse before and has some experience, they should not miss the chance to ride in the Mara. We can offer 2-hour and 4-hour rides daily or multi-day camp to camp safaris.

Apart from the Masai Mara, where else do you love to go on safari? 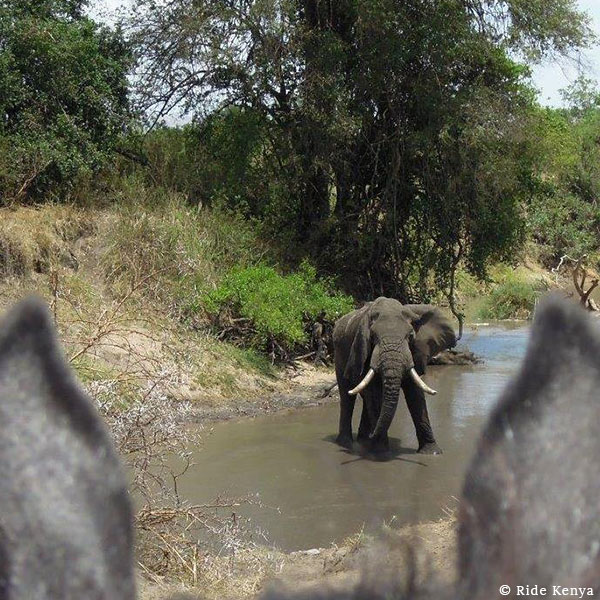 Based on your experience, what are the 5 essentials you recommend clients should bring on a horse safari?

We provide all riding gear but often guests like to bring something of their own such as boots, half chaps, jodhpurs, or a helmet. Apart from that, always bring a warm fleece or similar for evenings, a hat for during the day, sun cream, camera, and a sense of adventure.

Is a horse safari for everyone or do you need to be very fit?

A short ride is within most people’s capability but, if doing a multi-day safari, it will be worth riding at least once a week for a couple of months before the safari. The more riding experience you have, the more fun it can be.

What have you found to be your clients’ greatest fears on a horse safari and what information/advice can you give them to avert those fears?

Being in a strange land on a strange horse amongst dangerous game can make a lot of people a little fearful. Our aim is to keep similar abilities together and ride within the guest’s comfort level. We have many open areas with good terrain and visibility or areas with trees and bushes plus river crossings for the more adventurous. All guests are required to complete a questionnaire which gives us good idea which of our horses will be most suitable for that guest. Ali and I have a combined time of 35 years working with safari horses in dangerous animal areas and pride ourselves in being able to match horse and rider well. 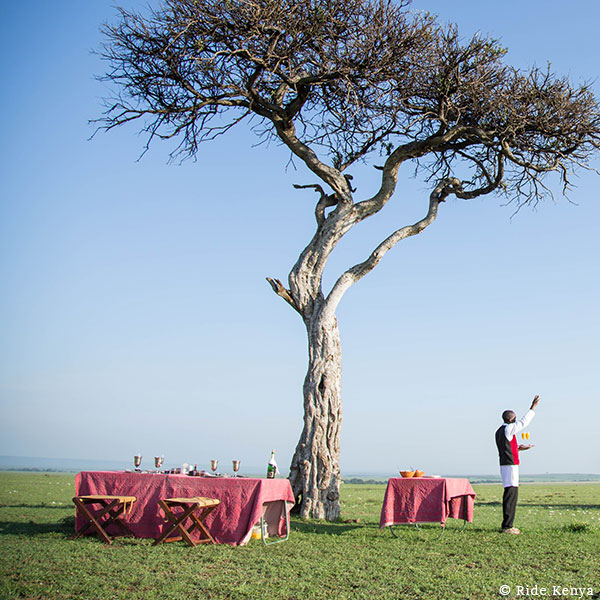 Do you have any interesting information to share on the history of horses and horse riding in Africa?

Essentially, the SA Boerperds are one of the only true South African breeds of horses and they are renowned for their hardiness and ability to cope with the challenges of living in Africa as far as diseases, terrain, and climate go. The lineage of the SA Boerperds can be traced back to around the time of Jan Van Riebeeck’s landing in Table Bay in 1652. They were used extensively in the Great Trek and the Anglo-Boer Wars.

The first horses imported into the Cape Colony were Berber Arabian ponies from Java. Breeding was slow and in-breeding was countered by the fortuitous stranding of a ship en route from Java to Persia carrying 14 of the best Arabian stallions from the Shah of Persia’s stud. These horses swam ashore and were captured by Van Reinbeck’s men.

Nearly a century later, the breeding of these original Java horses and the Persian Arabs was augmented by the infusion of Andalusian and Isabella horses and these formed the basis of what developed into a recognised breed known at the time as the Cape Horse. These horses became well-known for their sound temperament, bravery, intelligence, endurance, extreme sure-footedness, and hardiness. Horse-breeding had developed into a thriving industry in the Cape and even led to the exporting of war horses to the English Army in India around 1769.

Nature also played a crucial role in shaping the breed - in 1719 and again in 1769, many thousands died from the dreaded African Horse Sickness. This was seen as a process that removed animals susceptible to disease from the population and prevented their genes from being propagated - a natural selection process for an adaptive type of horse.

Between 1836 and 1899, from the Great Trek to the start of the Anglo Boer war, breeds such as Flemish Stallions from the Netherlands, Hackneys, Cleveland Bays and Norfolk Trotters were imported and bred into what eventually became known as the Boerperd. 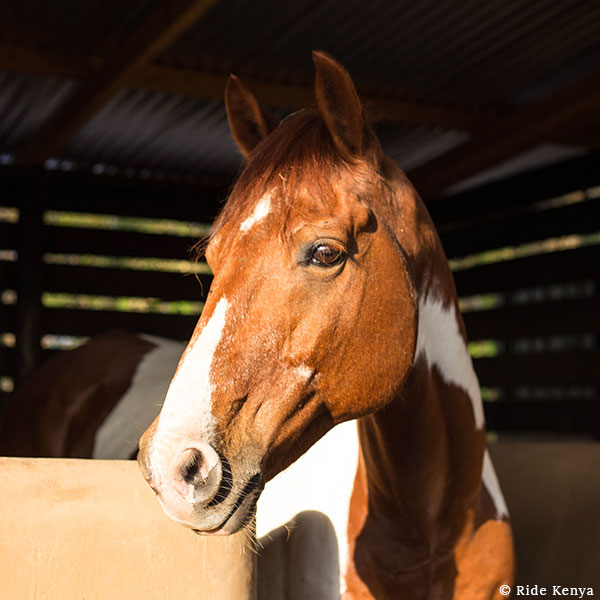 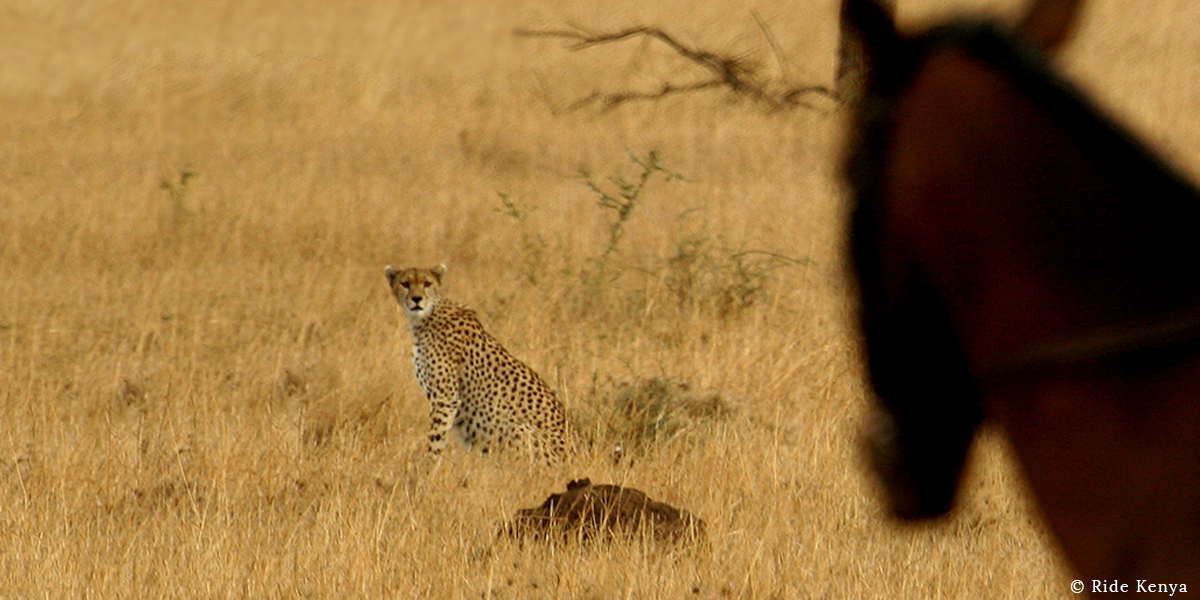 Contact us for more information on going on safari with Ride Kenya:
service@thesafaristore.com