They’re Italian: they must have amazing coffee,

I said to Claire as we drifted past a herd of 500 or more buffalo - like a silver dhow across a rippling bay of grass dotted with beautiful islands of trees and termite mounds.

That morning we had fallen in love with Nkasa Rupara National Park. Camped under a tree - in the uniquely very-wild-but-very-accessible Kwando delta area of Namibia - a quiet debate had been ongoing over the past month: which of the three parks in the area did we prefer the most? Bwabwata with her golden highway and Zambezi teak forests; or Mudumu with her classical combination of southern African bushveld, stands of African mangosteens – resembling spikey cartoon hairstyles - set along the sweeping bends of the Kwando River; or Nkasa Rupara which protects the little known Kwando delta? Nkasa Rupara is so seasonal that it goes from being the baby sister to the Okavango Delta during the annual flood, to what the delta would look like if you took a big straw and sucked the Okavango dry. It gets so dry that you are able to walk down the deep channels which crocodiles and hippos usually call home. I think the Busanga plains of Zambia is perhaps the closest place I can compare it to. But it is different to both the Busanga and the Okavango.

We explored each park, getting very happily lost on tracks that have not seen man's rolling rubber for a number of years, and each has its own magic. I am someone who loves to compare and here the comparison was between wondrous things: much as it would be if one were to be forced to compare - and forced to decide on - a favourite between the deep rich taste of Swiss chocolate, the bubbling joy of Italian Prosecco, or the melt-in-your mouth smile brought on by the stinkiest French cheese on a crisp baguette. No easy task.

But Nkasa Rupara had won the silent battle that morning - if by a nose. In this case, it was the nose of a teenage leopard who quickly became “little leopard” and is now remembered by a song made up on that very day. The song goes something like “little leopard, yeah yeah yeah; little leopard, stand and stare; little leopard, watch out there’s a lioness over there" (which there was – two very wild lionesses to be precise). It is a song sung as loudly as possible to the tune of the chorus of “Pretty Woman” by Roy Orbison, which is exactly what we did as we drove out of Nkasa Rupara and towards the promise of the most illusive of beasts: an Italian coffee in the wilds of Namibia. As an aside, I listened to the song “Pretty Woman” while writing this article - and I noticed that, rather aptly, there is a cat-like purr or grrrrowl at one part in the song. It made me chuckle.

I have to say that, while I understand that solar-powered camps are not only an incredible feat and are also so important these days to make lodges feel a little lighter on the ground, solar proved to be our undoing that morning. “Sadly, we cannot offer you Italian coffee,” Ruggero, one of the brothers who own Nkasa Lupala Lodge gruffly said when our quest brought us to his office at the lodge, “solar power means that we cannot run the coffee machine which we have. You are welcome to go grab an instant coffee on the deck, however.”

And so we did. Ruggero - who was pretty easy to tear away from the office admin work he was busy with when we arrived - came up to the deck with us. The dark underbelly of the lodge, which is all we had seen of it before, proved to be no more than a dark Tolkien-tunnel from one world to the next. Here it took us from a world of little leopards and adventure, to a world of Italian-inspired design and African views which must ebb and flow with the seasonal channel. The initial awe of that view lingers as you look quietly at it, trying to take it all in.

The quiet was broken by the usual informal opening chats dotted with Claire and I trying not to constantly blurt out monologues such as, “Oh my word, do you know about the small leopard a few kilometres from here?" "Oh my word, we have just spent the morning watching him - with his clown-sized feet - trying to hunt everything from warthog to squirrels to spurfowl." "Oh my word, it was like watching children learn to draw or paint or walk - pretty inefficient but you can picture what the adult version will be capable of." "Oh my word, simply our best leopard sighting ever.”

If the repeated use of the phrase "oh my word" is a gauge for rampant enthusiasm, then I think you get the picture. 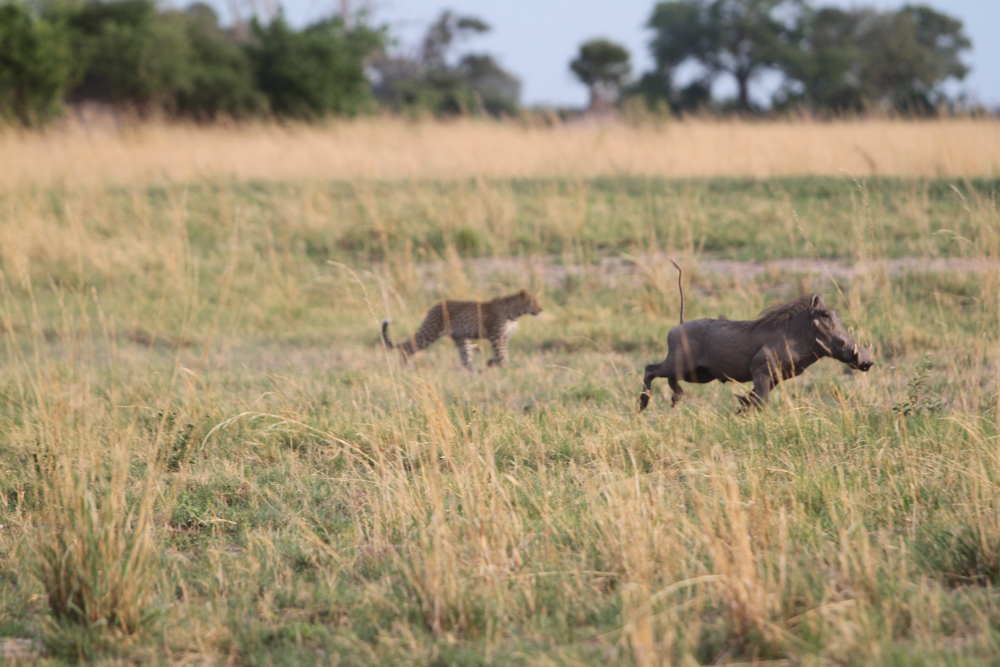 As we sipped on our coffees and the "oh my word's" lost their staccato rapidity and Ruggero was able to get a word in, the conversation drifted into a two hour long chat -without once thinking about sitting down - about everything and anything to do with the Kwando area. Ruggero knows a tremendous amount about the history, conservation, challenges, and excitement to be had in the Kwando delta. From stories of break downs which resulted in half marathon length night time walks back from Nkasa island, to tales of anti-poaching special forces and the dodgy role the South African Defence Force played in the area, to gleaming-eyed stories of the success of conservation in the area. It was a morning to remember. We learned all about the early years of the lodge too and the rebound wildlife is making as it slips quietly back across the Linyanti and Kwando rivers into the reserve and surrounding community conservation areas in which the lodge is located. “When we first started exploring the area with guests, we treated every single lechwe sighting with the level of excitement usually reserved for a big cat or perhaps even pangolin sightings. They were that rare and now they are everywhere,” Ruggero enthused. Having seen lots of big male lechwe and strong herds of females and their young that very morning, it was both hard to believe - and an exciting thought to let sink in.

In closing, I have to confess that it took me a while to decide whether or not to write this article simply as I would hate for the area to be spoilt by having too many of you looking for little leopard and friends. Having said that, I have decided to be the bigger man and say that you have to go visit Nkasa Rupara. But know this: If you do go and you don't like it, then you and I probably won't get along.

Before I sign off, here are a few more images from Nkasa Rupara. Not to worry, they aren't all of little leopard - in fact, hardly any of them are. 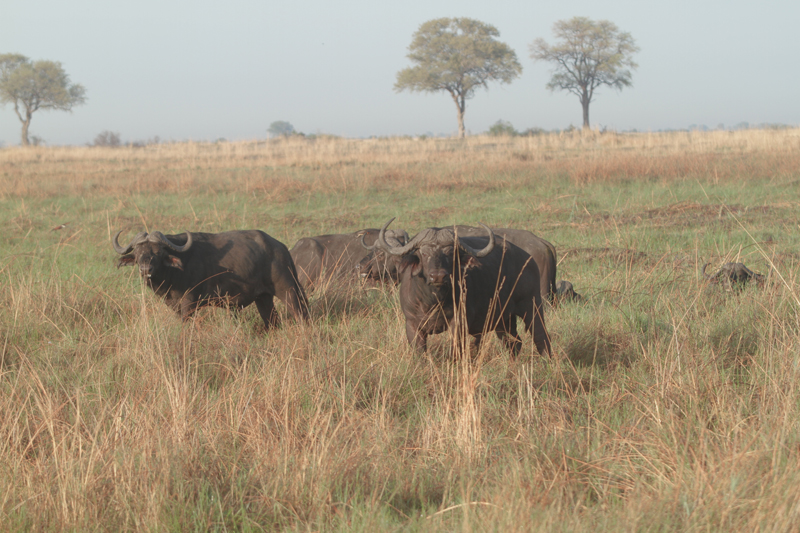 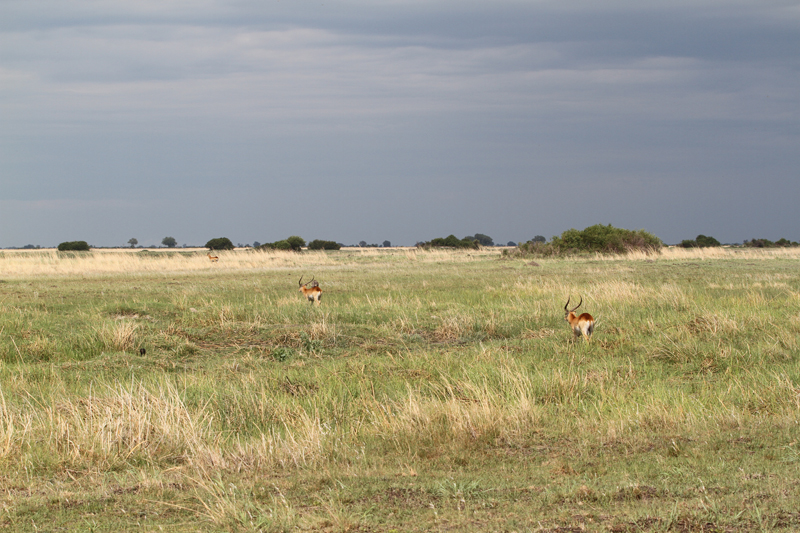 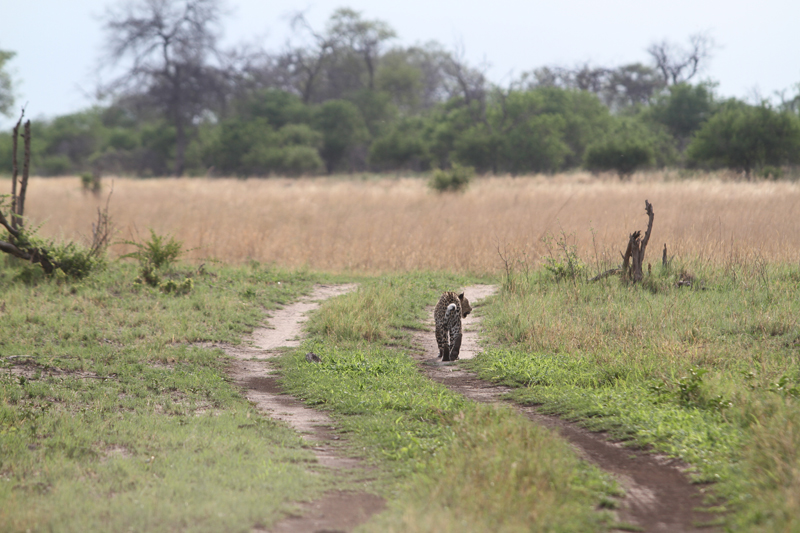 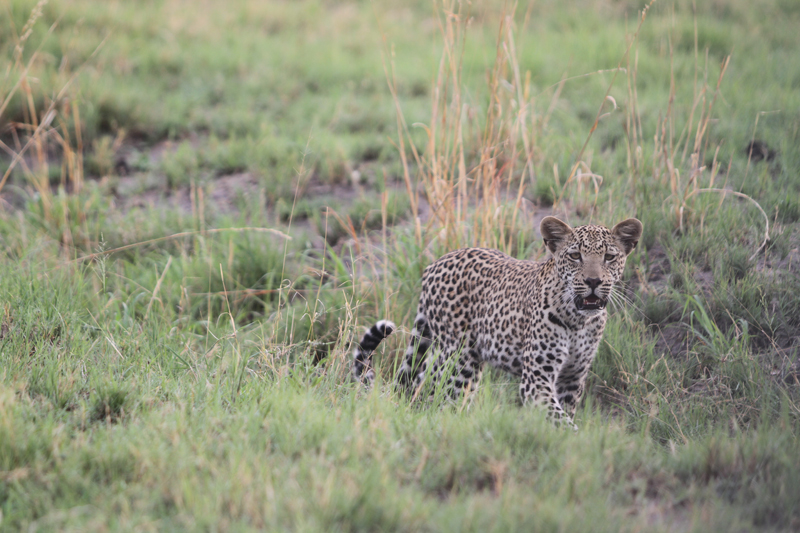 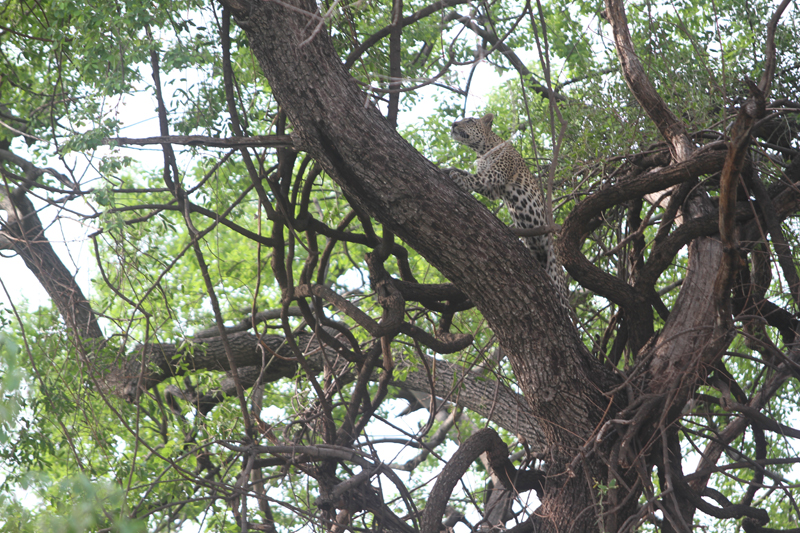 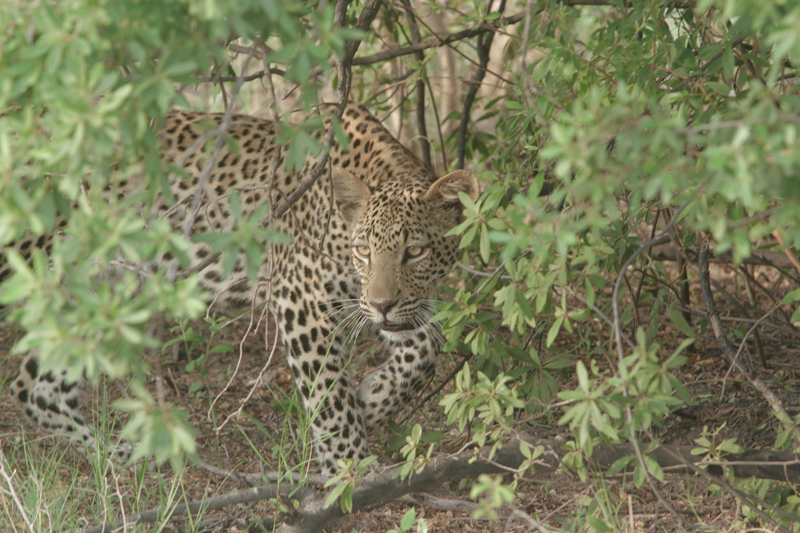 Images are mostly by Claire Fraser. If you want to buy any though, then they are by Steve Adams

Back to Africa: A Quieter Africa is a Wilder Africa

Includes Factory Shop Specials.
Get the best outdoor gear now for even less.

Products in our Story